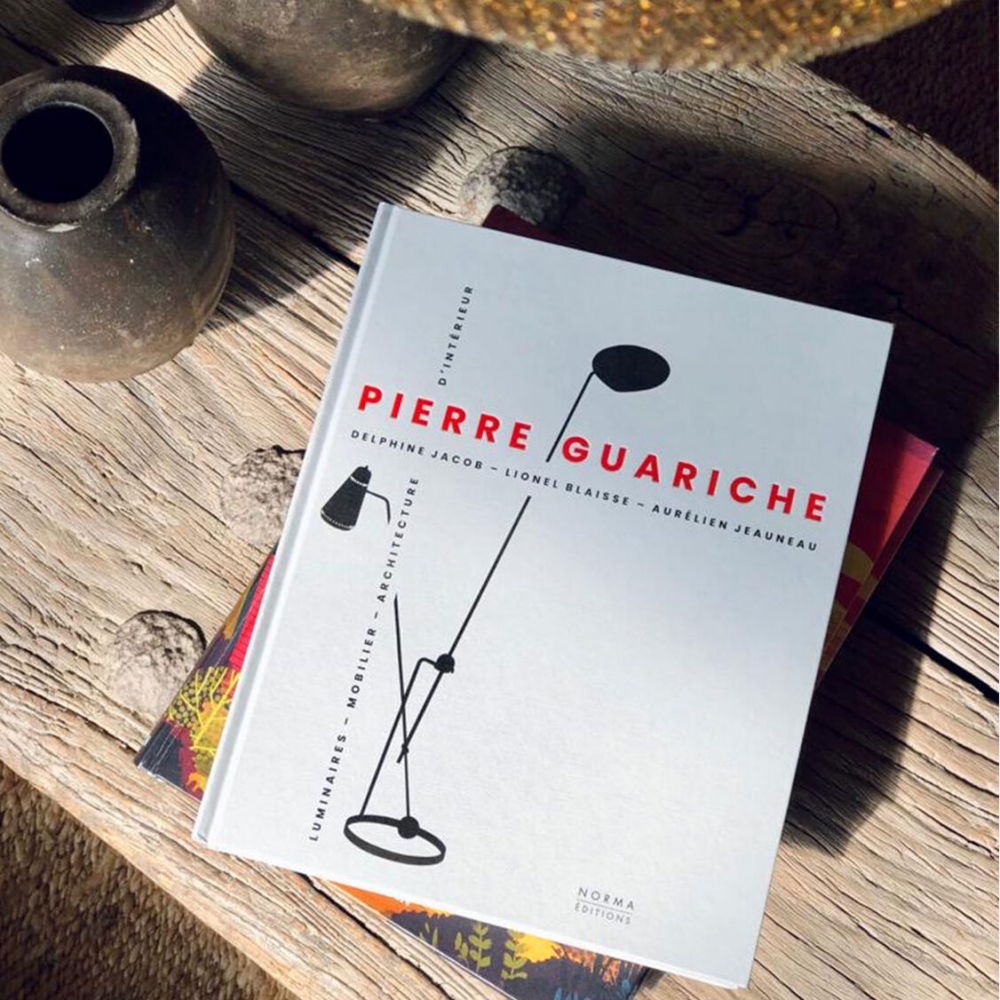 Pierre Guariche was one of the leading interior architects, designers of furniture and lighting in post-war France. He created a prolific work during what is called the Thirty Glorious Years (1945-1975), a period of economic prosperity and strong growth in France. It was one of the first to adopt the industrial materials and production techniques that emerged in the 1950s, and is known for its remarkable luminaires and its simple and elegant furniture designs that could be manufactured on a large scale.

Based on unpublished archives, this book, accompanied by more than 500 visuals, looks back on a rich path of more than 200 installations, almost as much furniture and a series of remarkable luminaires, referenced in a directory illustrated at the end of the book, today reissued by SAMMODE.

€55.00
Add to cart
Add to WishlistQuick View
Back to Top
Close
What are you looking for?
We use cookies to ensure that we give you the best experience on our website. If you continue to use this site we will assume that you are happy with it.
Accept